Please take time to visit my other site dedicated to studio visits: 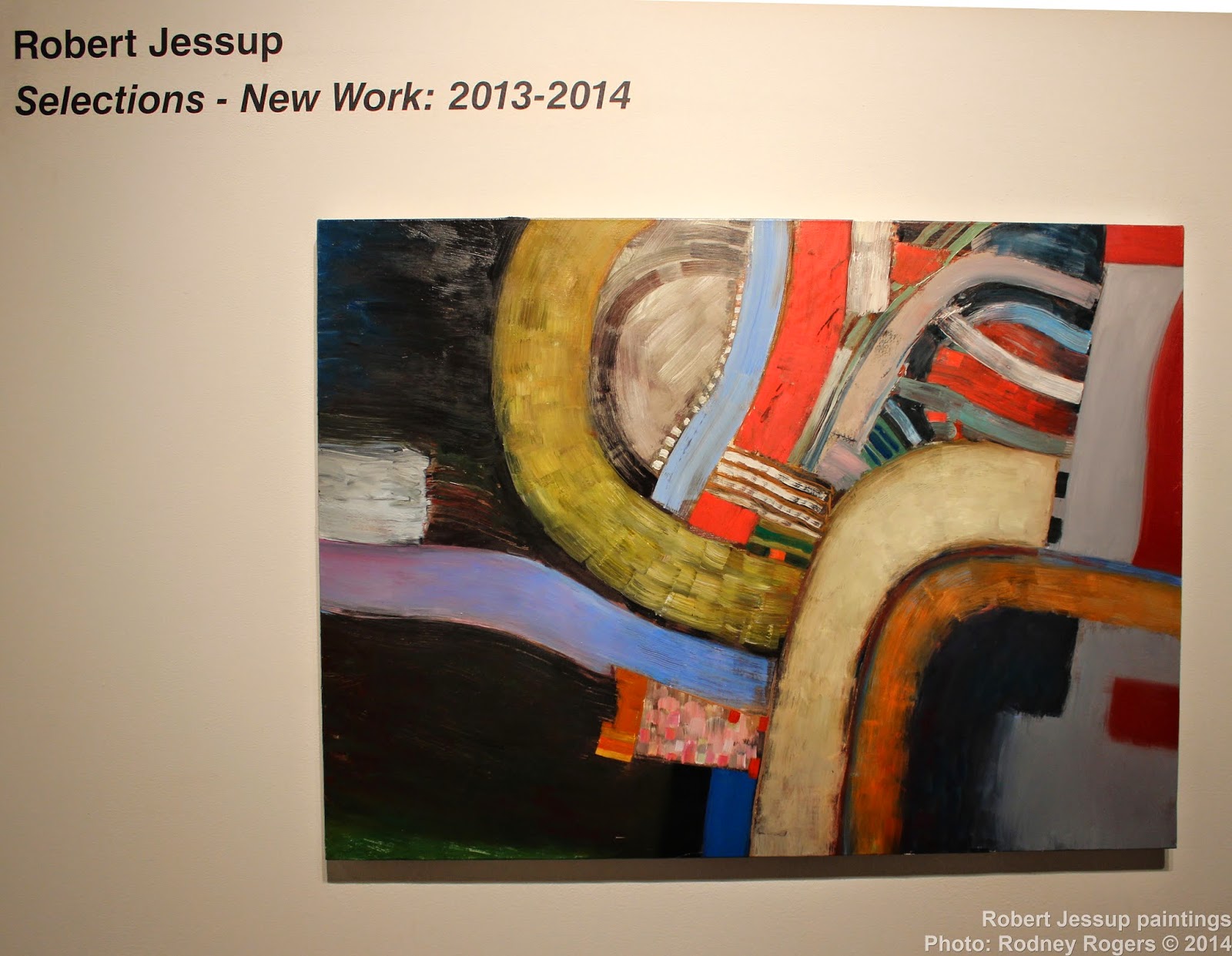 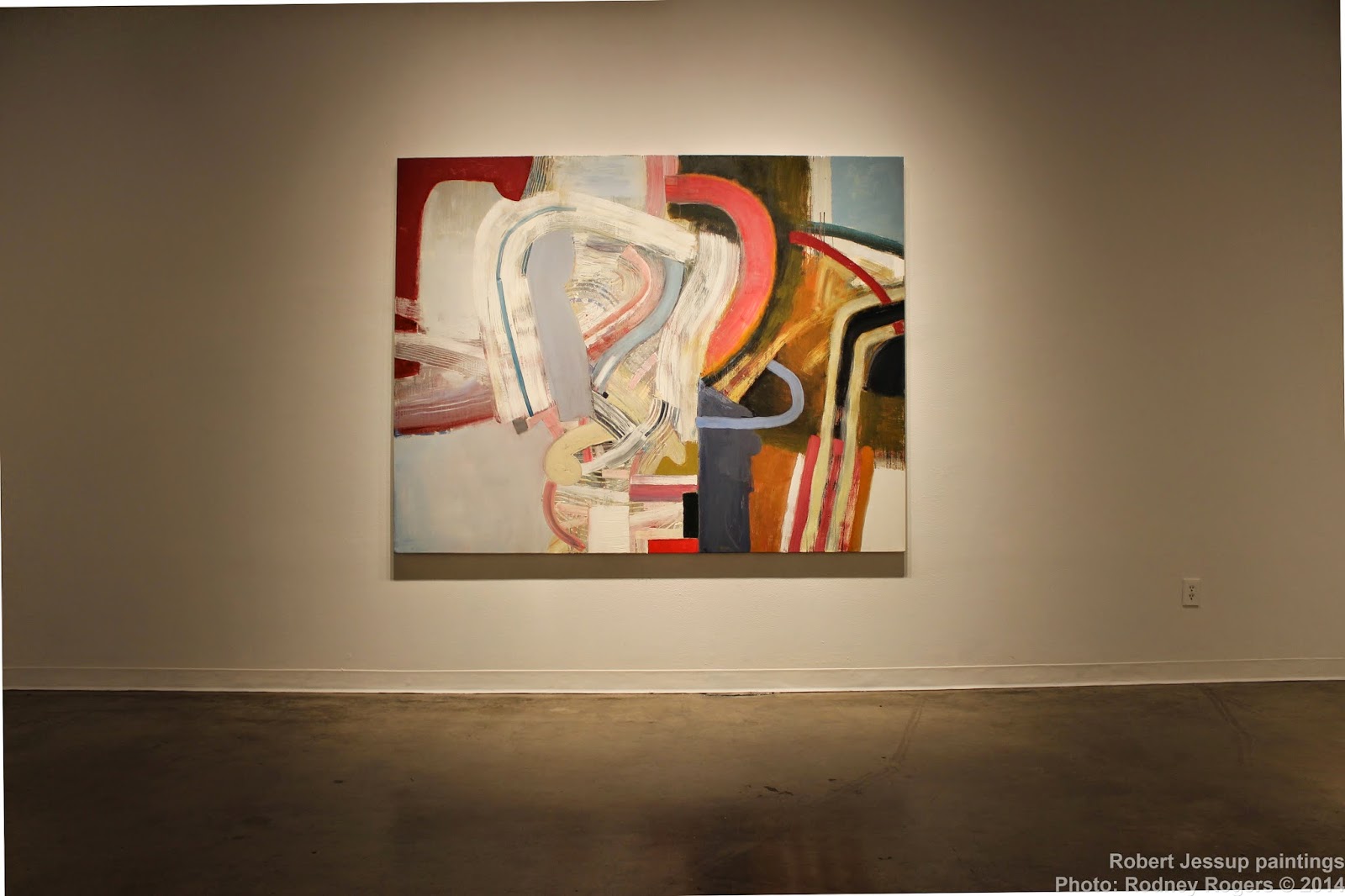 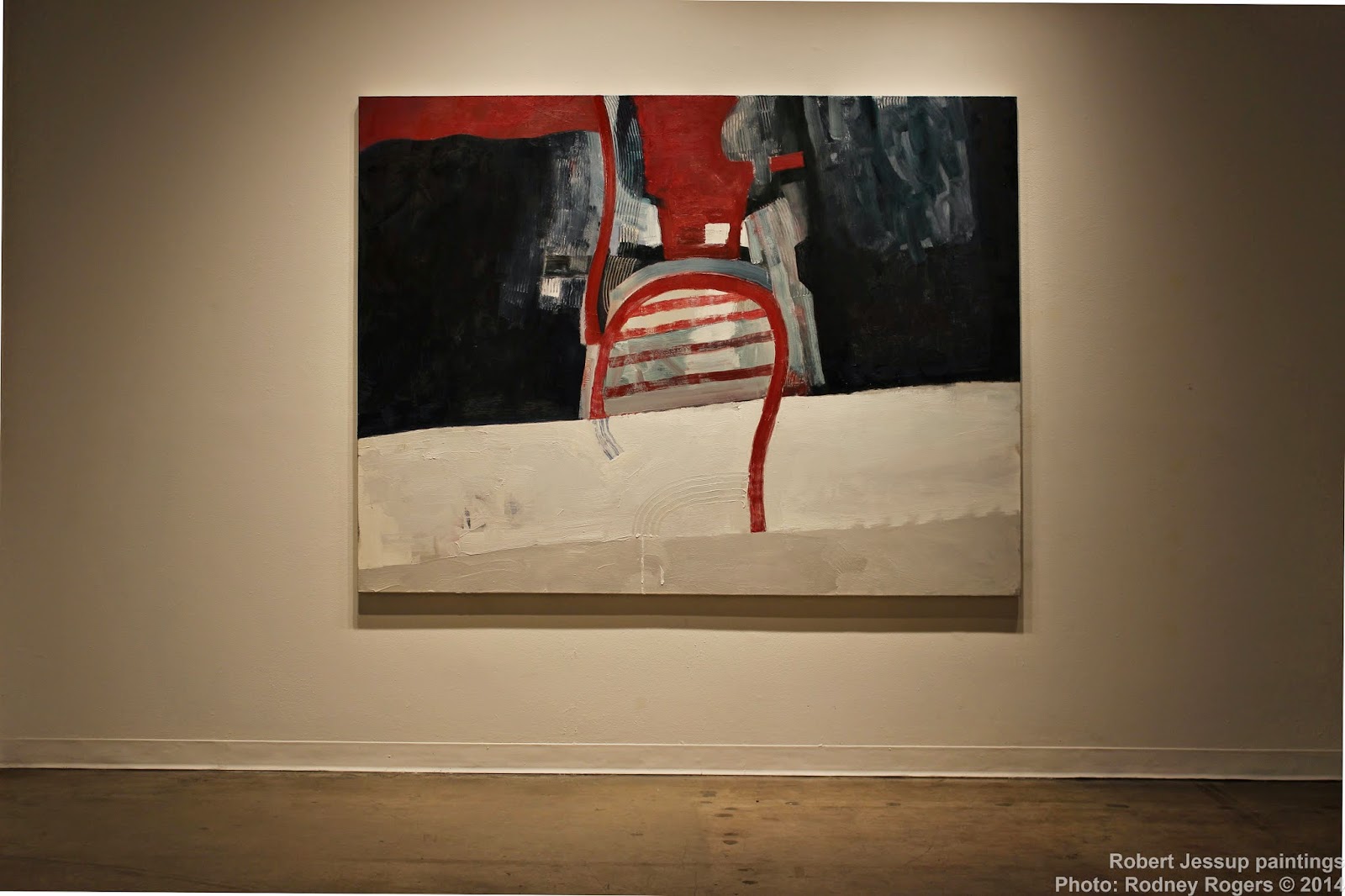 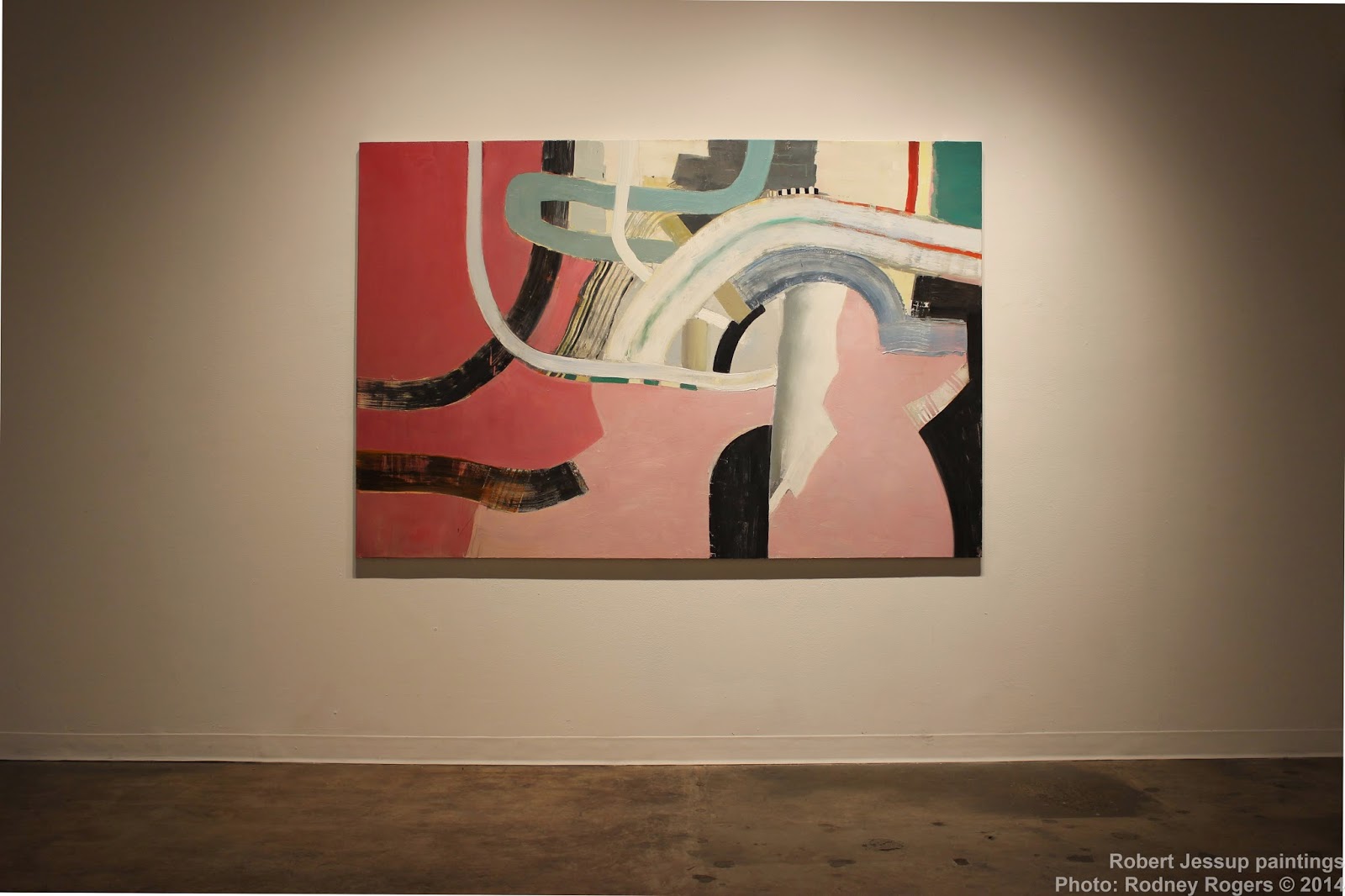 Nursery, 2013. Oil on canvas, 60x90
courtesy of Conduit Gallery, Dallas
The MAC welcomes Robert Jessup for a solo exhibition in the New Works Space this summer. Selections – New Work: 2013-2014 includes paintings from the past year, which explore his journey into a “free play of form”. The intuitive, non-representational form making gives his paintings an open ended resolution, keeping singularity in meaning out of his works. Having identity without being identifiable, the paintings are free to speak for themselves through an abstract visual narrative.

The dynamics of composition, the dialogue of shape and line, and the interaction of color have been central to Jessup’s pictorial inventions over a three decade career. Working within a career of academia and training artists, Robert Jessup received his Masters in Fine Arts from the University of Iowa in 1978. Currently a painting professor at University of North Texas, Jessup was recently awarded a Faculty Fellowship from the Institute for the Advancement of the Arts, UNT which allowed him to create this new body of work with selections on display for the first time at The MAC.
Robert Jessup’s paintings have been displayed at galleries across the country including the Fort Worth Contemporary Arts, TCU, The Conduit Gallery in Dallas, Beshar at Gallery, Atlanta, GA and most recently at McMurtrey Gallery, Houston, TX. Jessup has work in private and public collections including The Blanton Museum of Art, University of Texas, Austin, Dallas Museum of Art and The Metropolitan Museum of Art, New York, N.Y.

Email ThisBlogThis!Share to TwitterShare to FacebookShare to Pinterest
Labels: Conduit 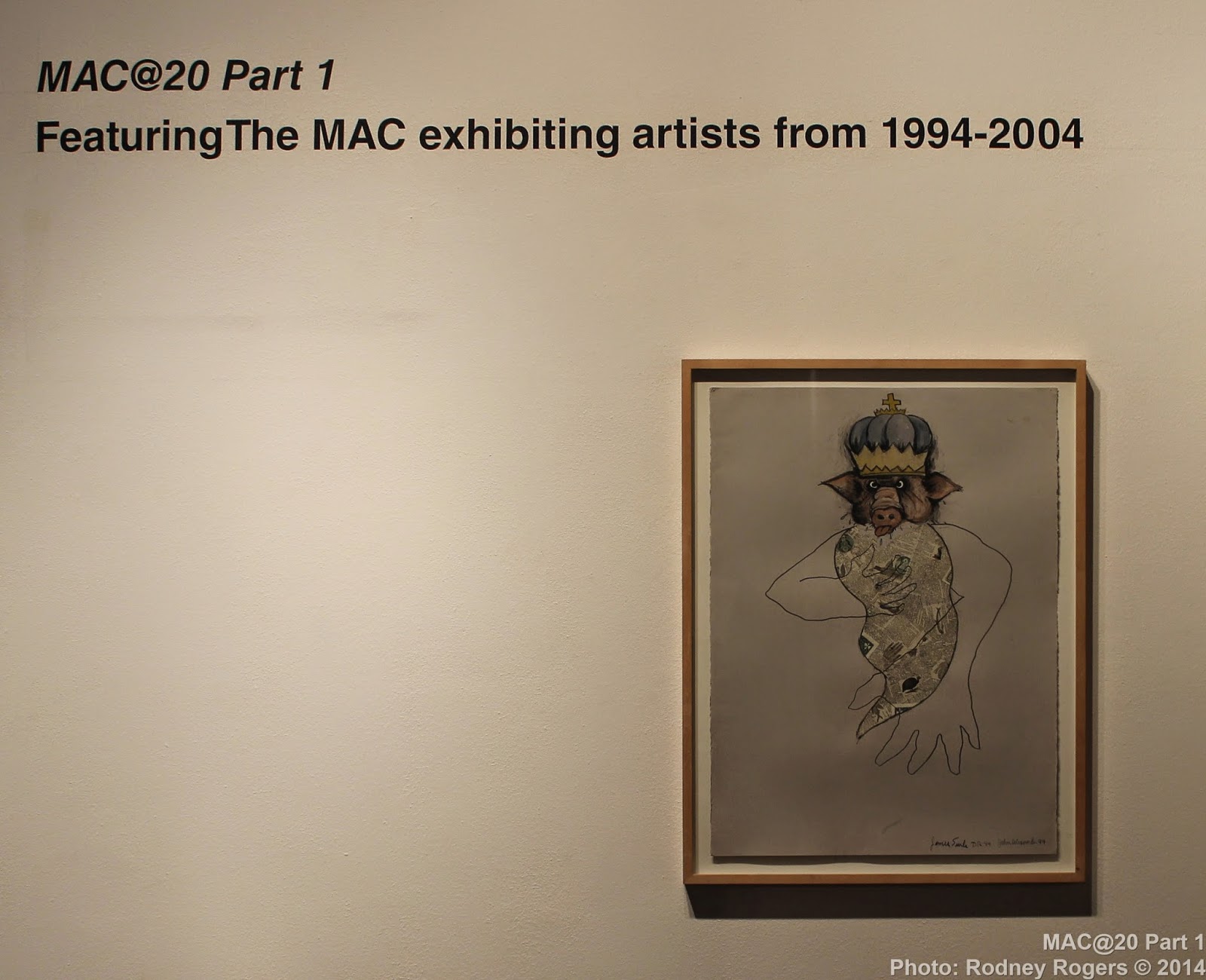 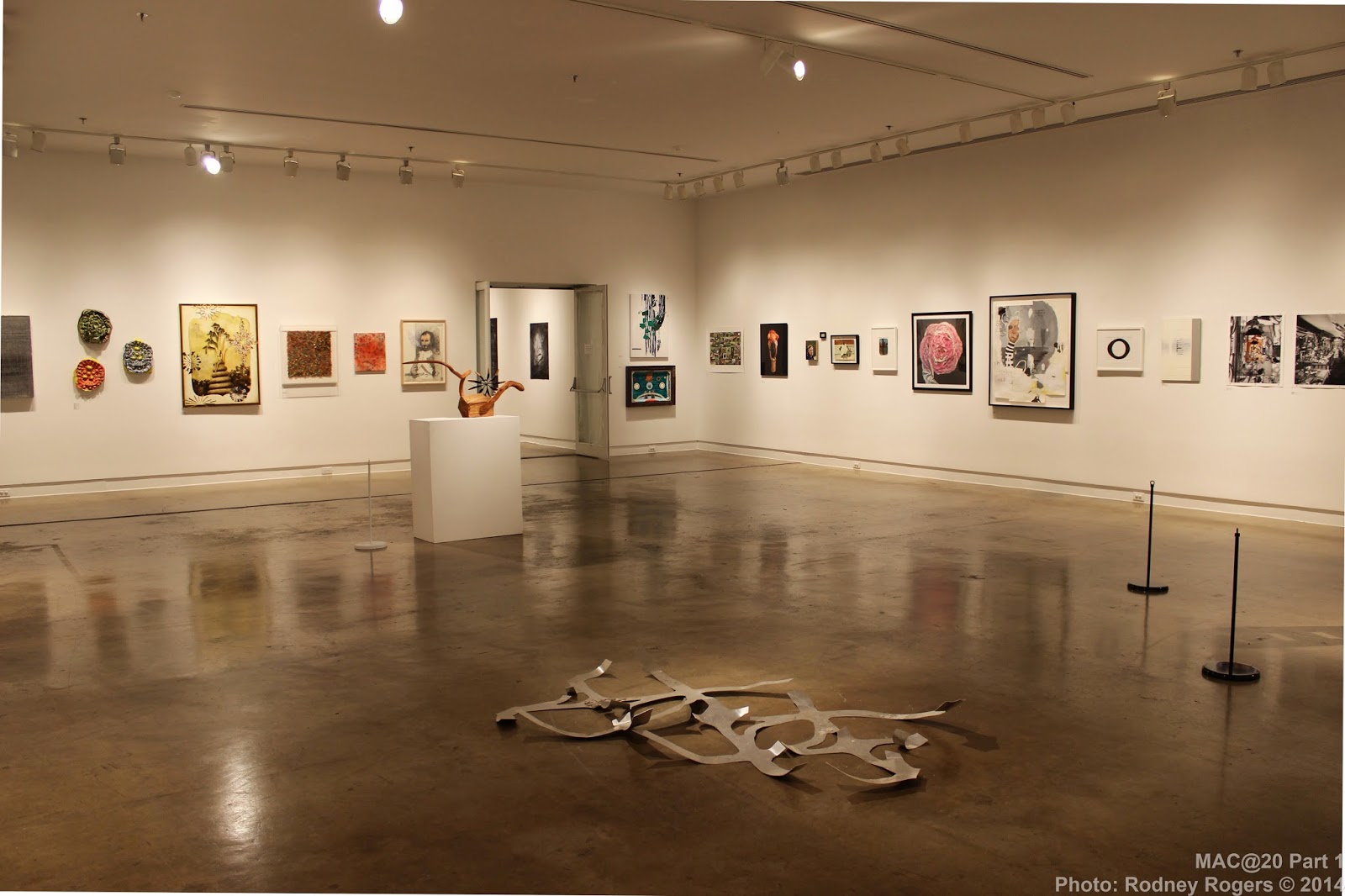 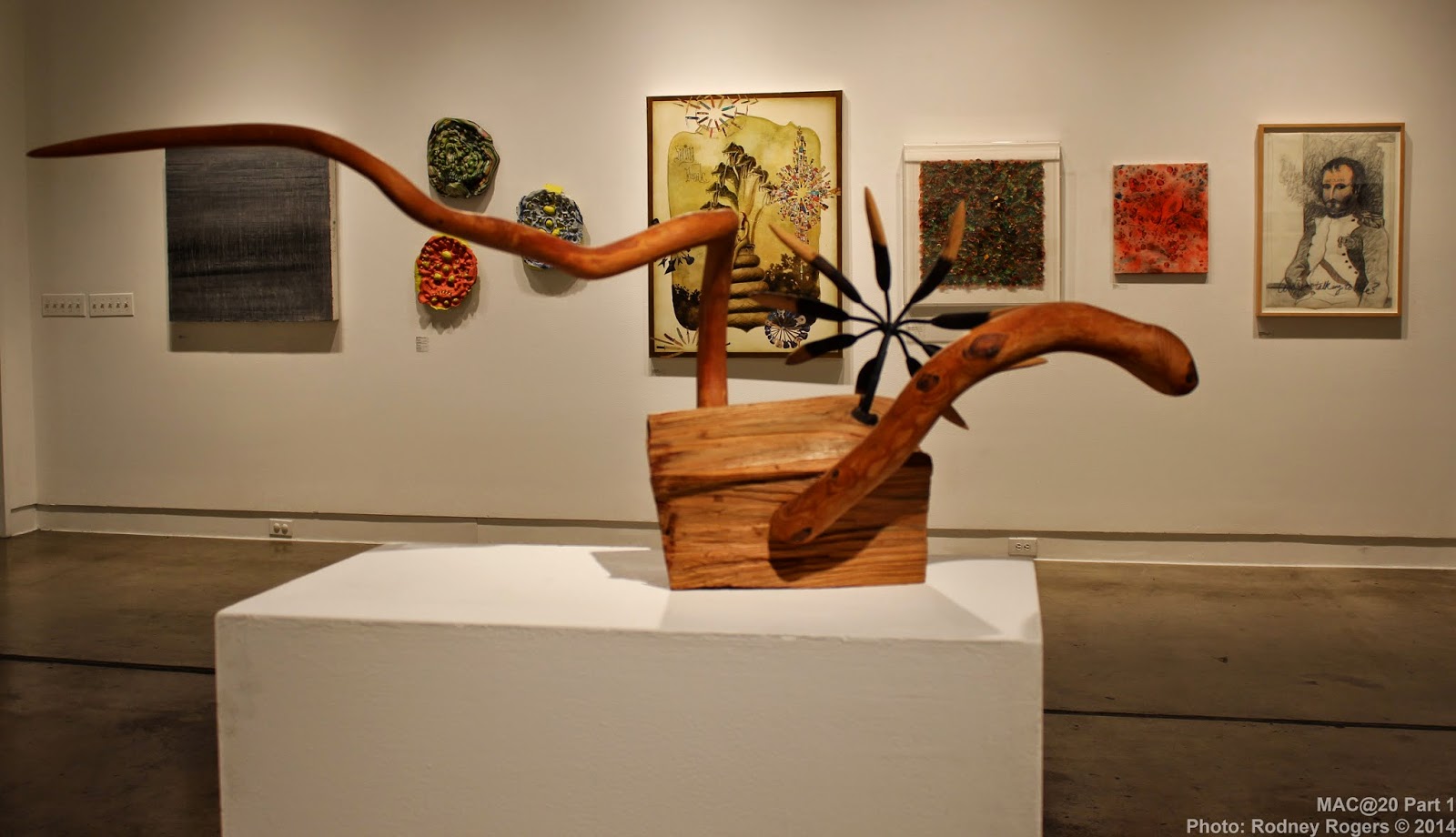 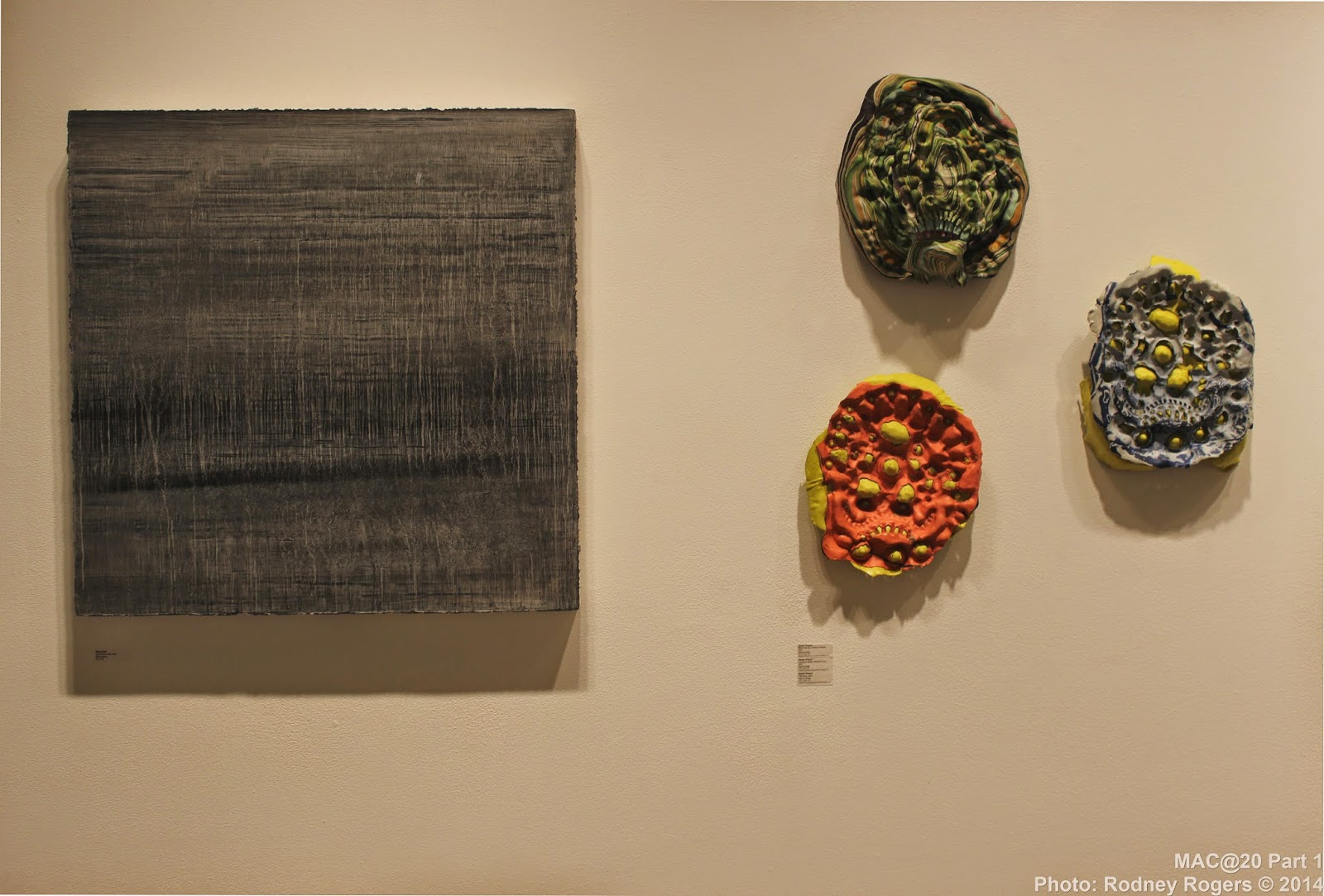 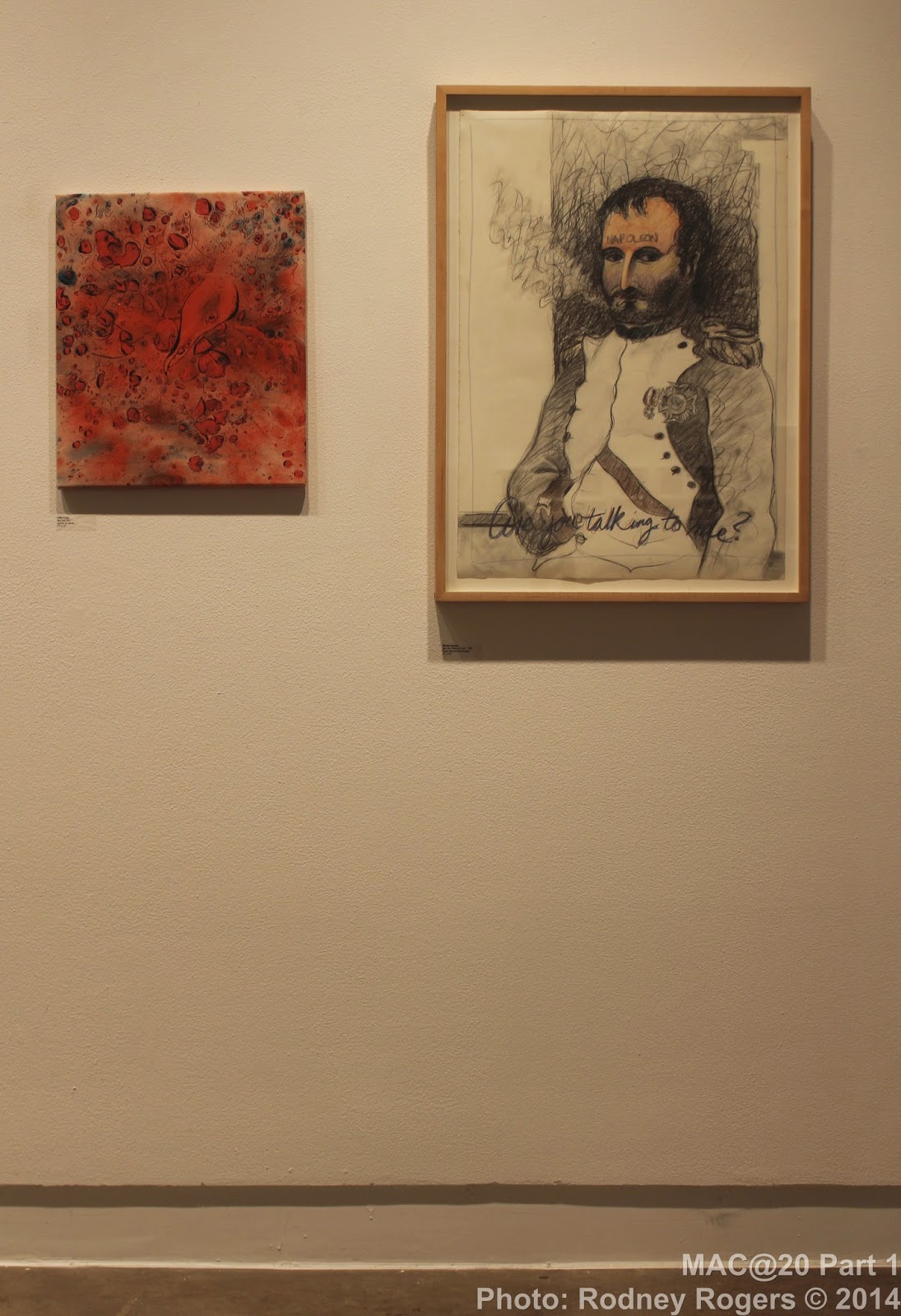 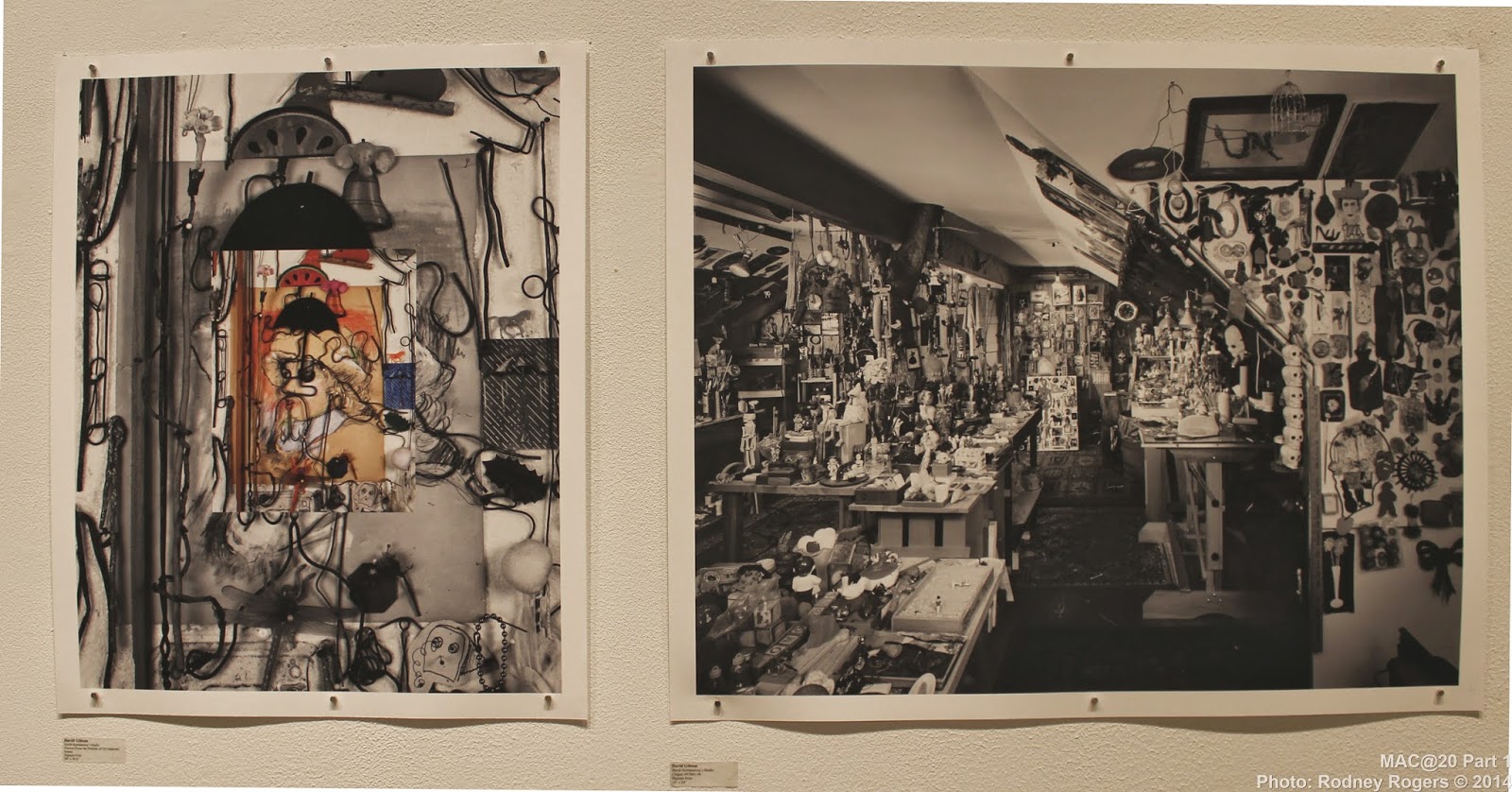 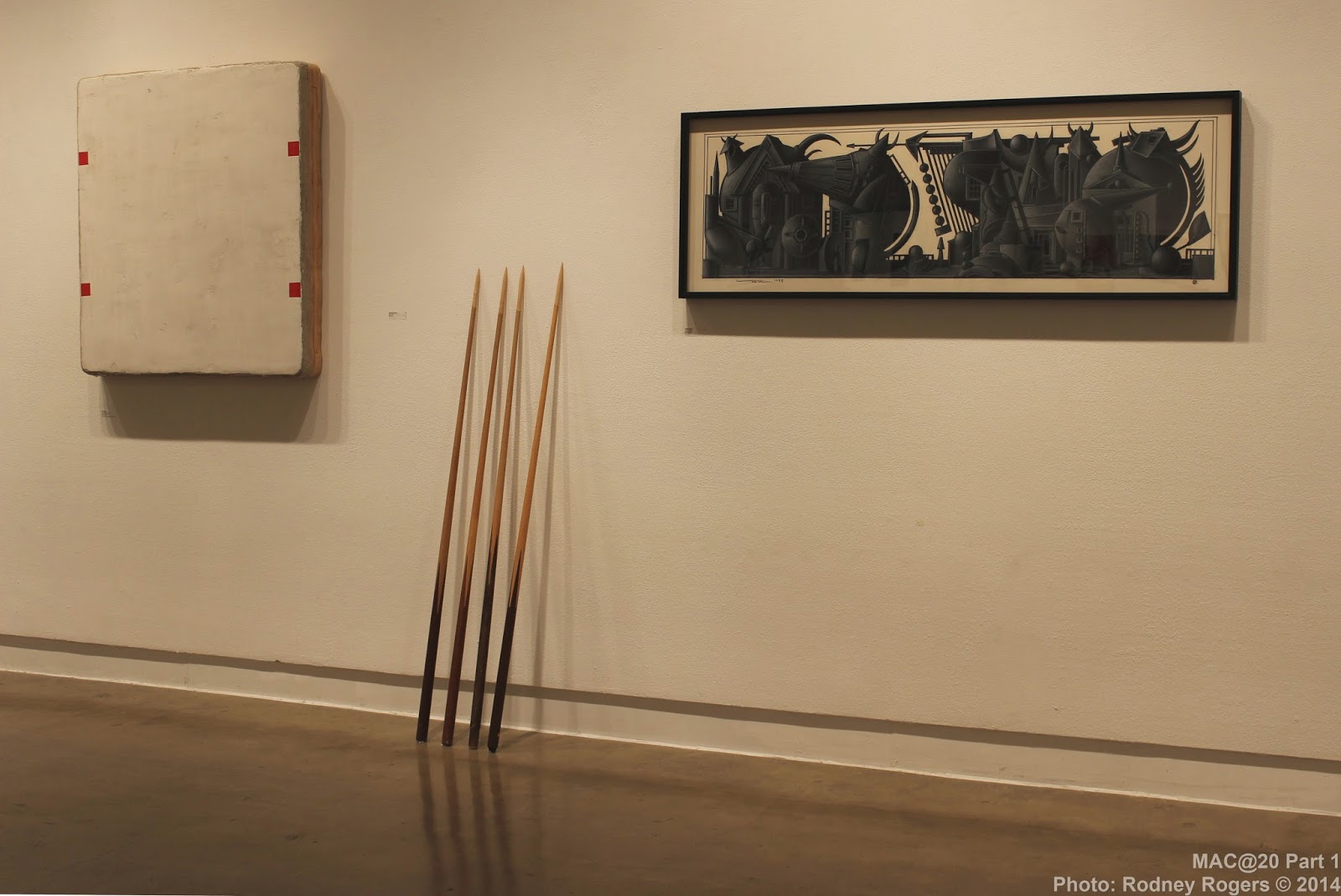 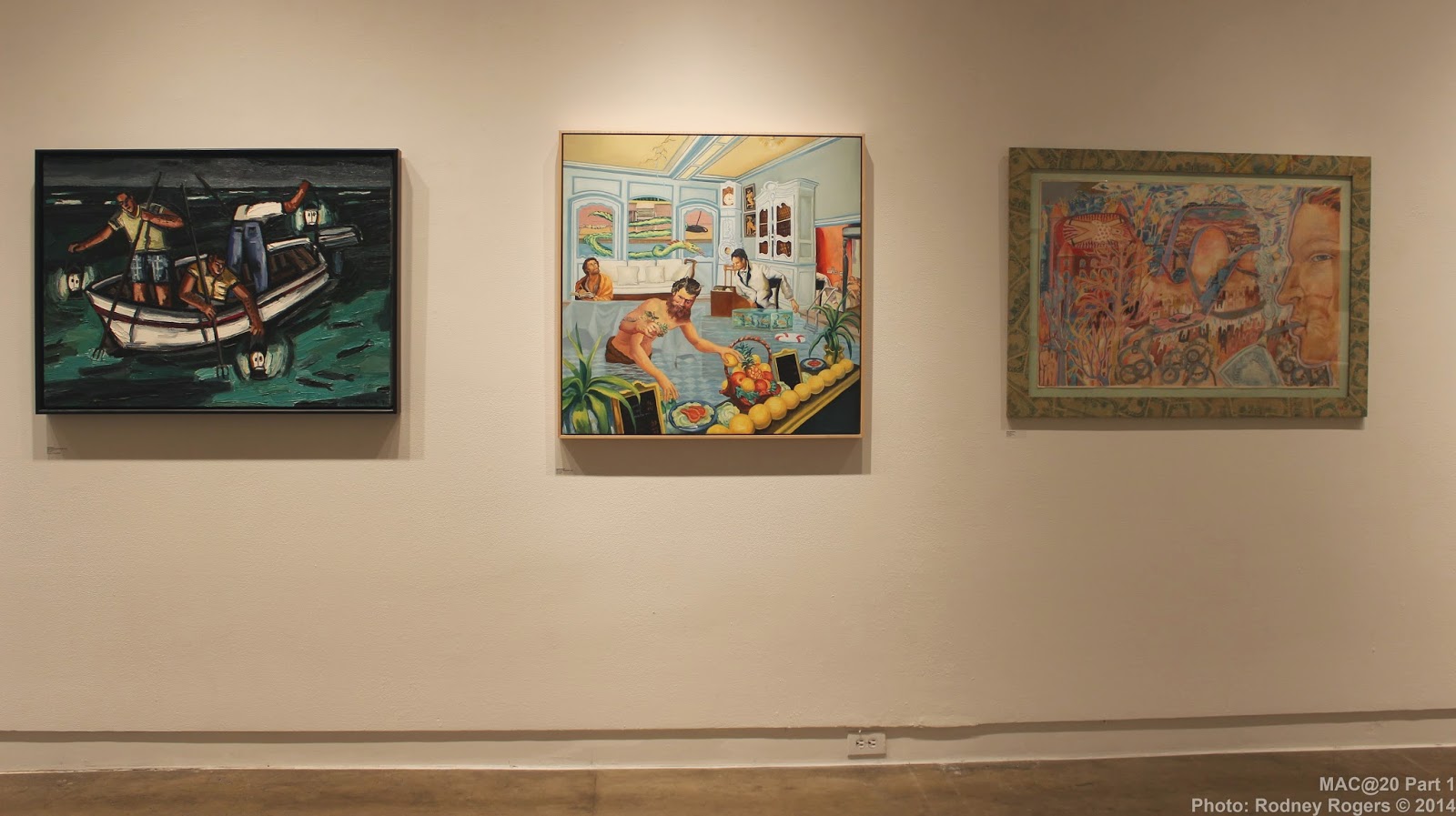 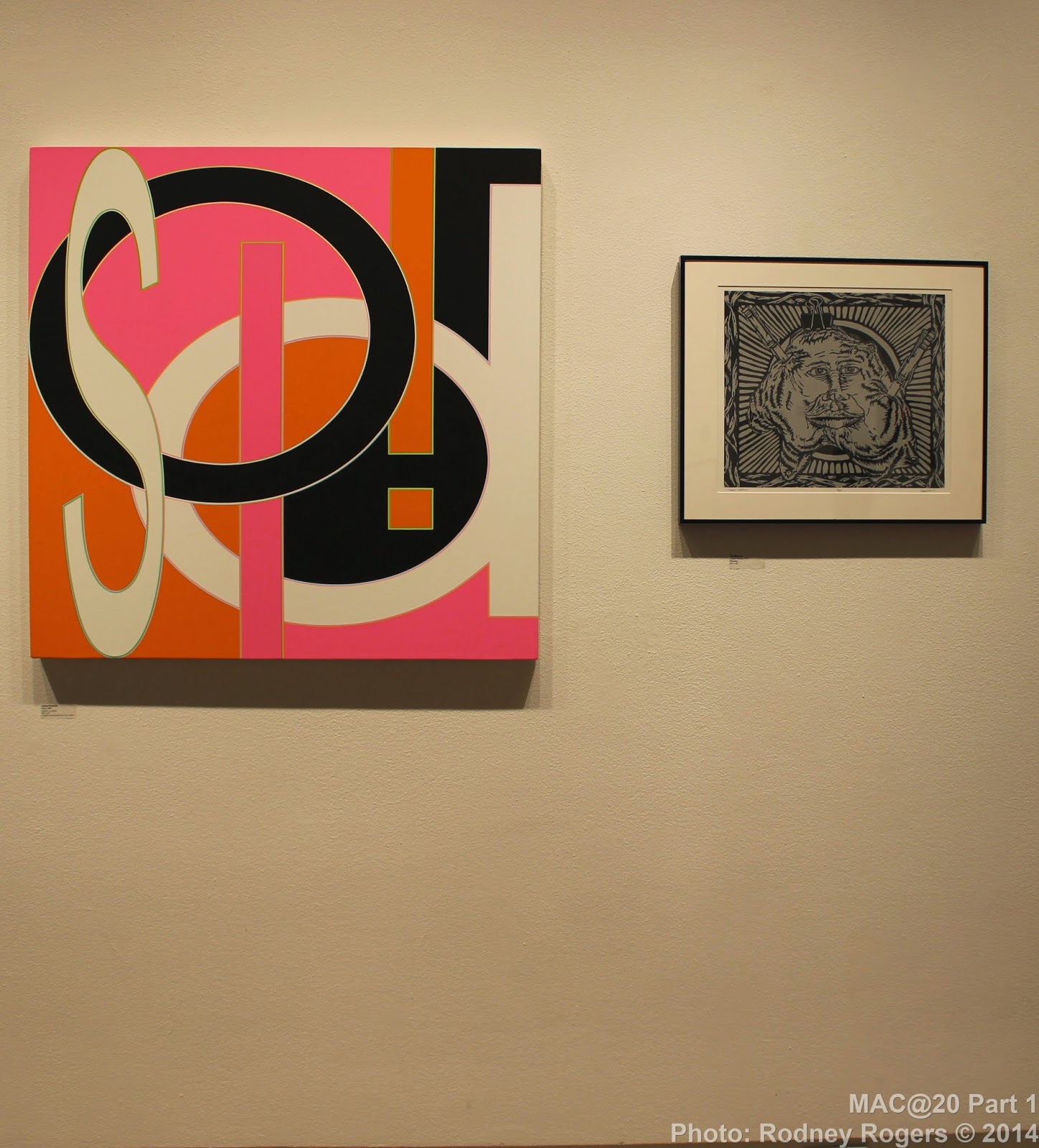 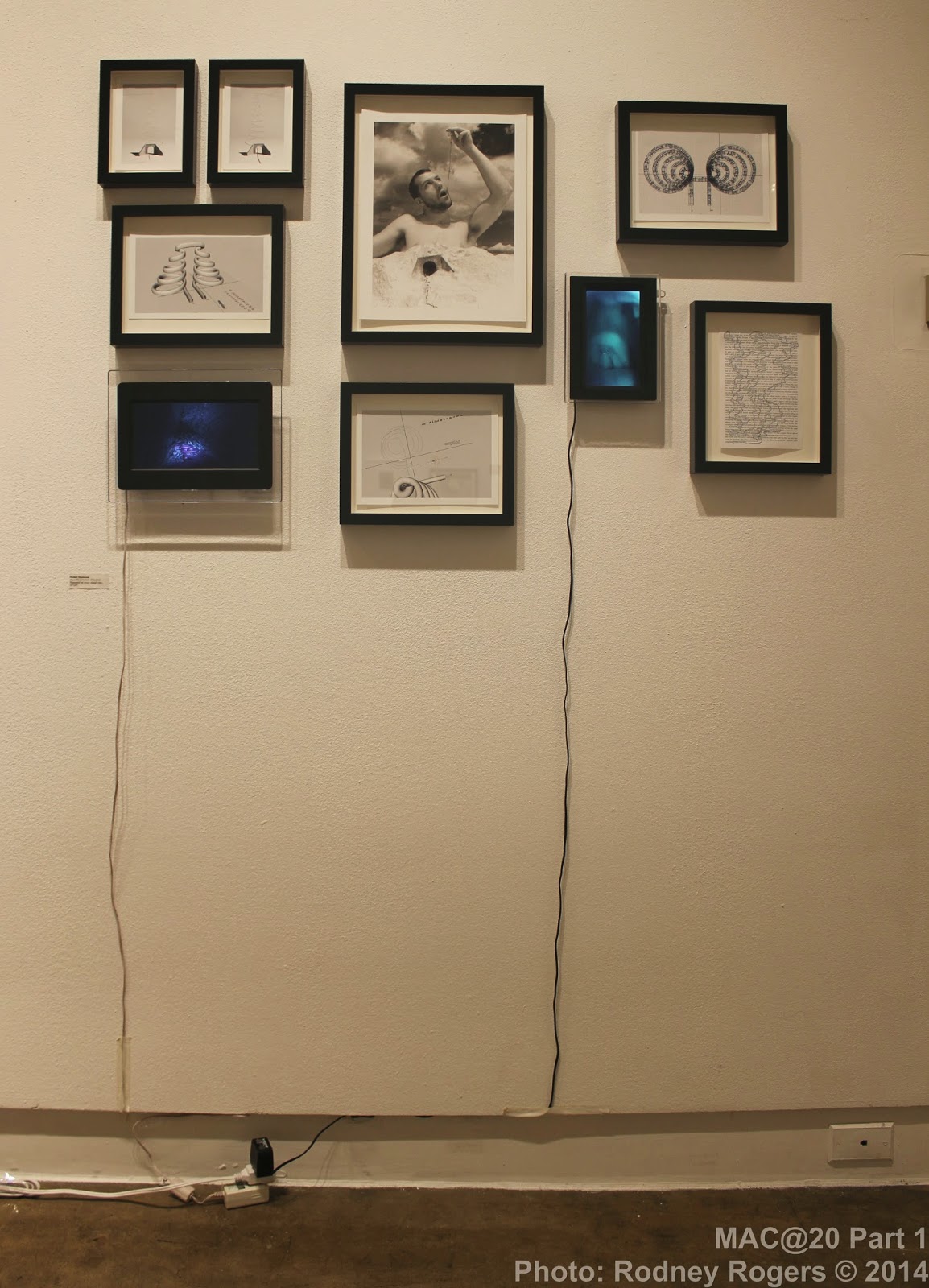 Michael Henderson
MAC@20 Part I
Large Gallery
May 10 - June 28
Part II will open later this year
Posted by RR at 9:07 AM 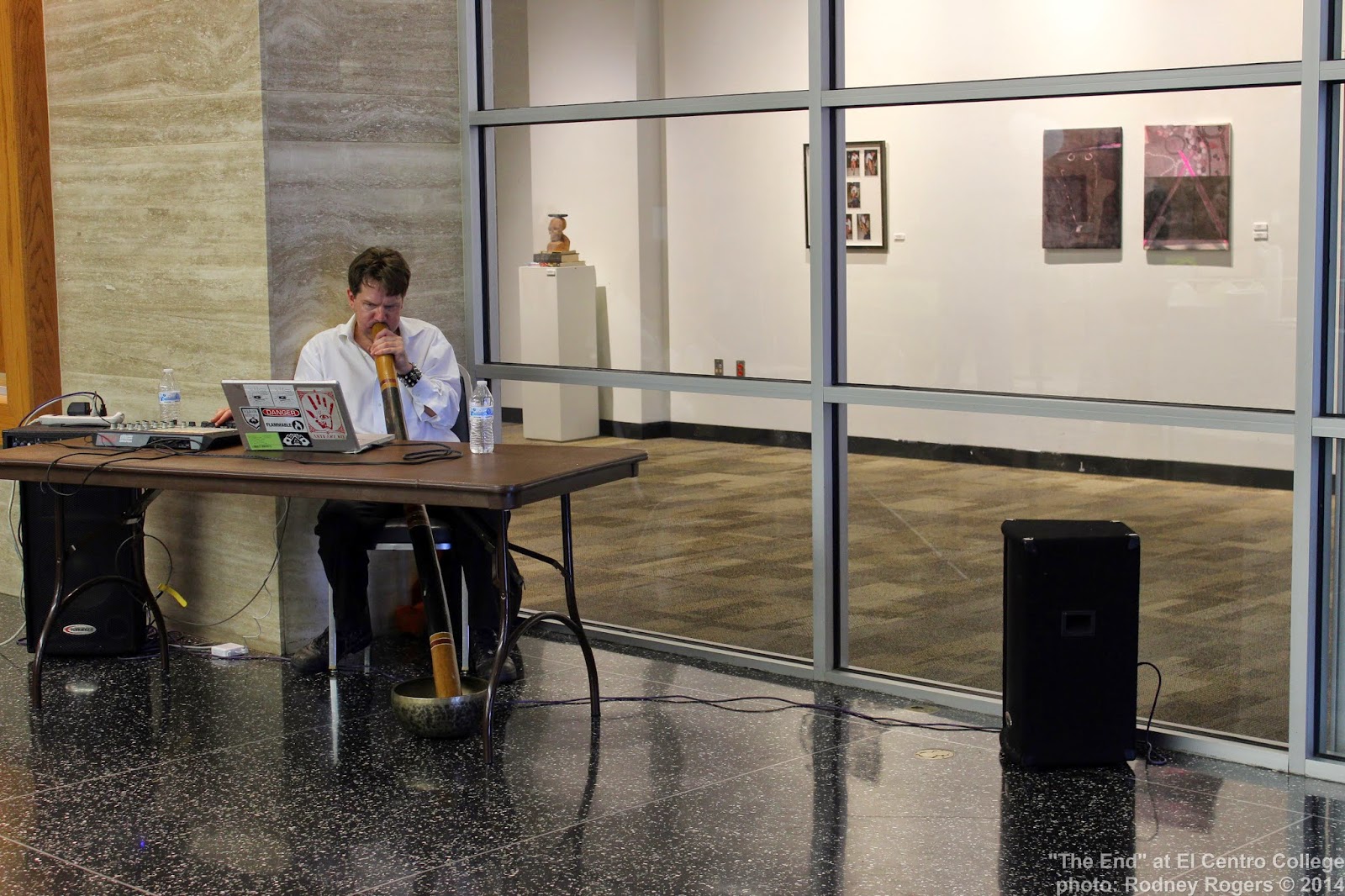 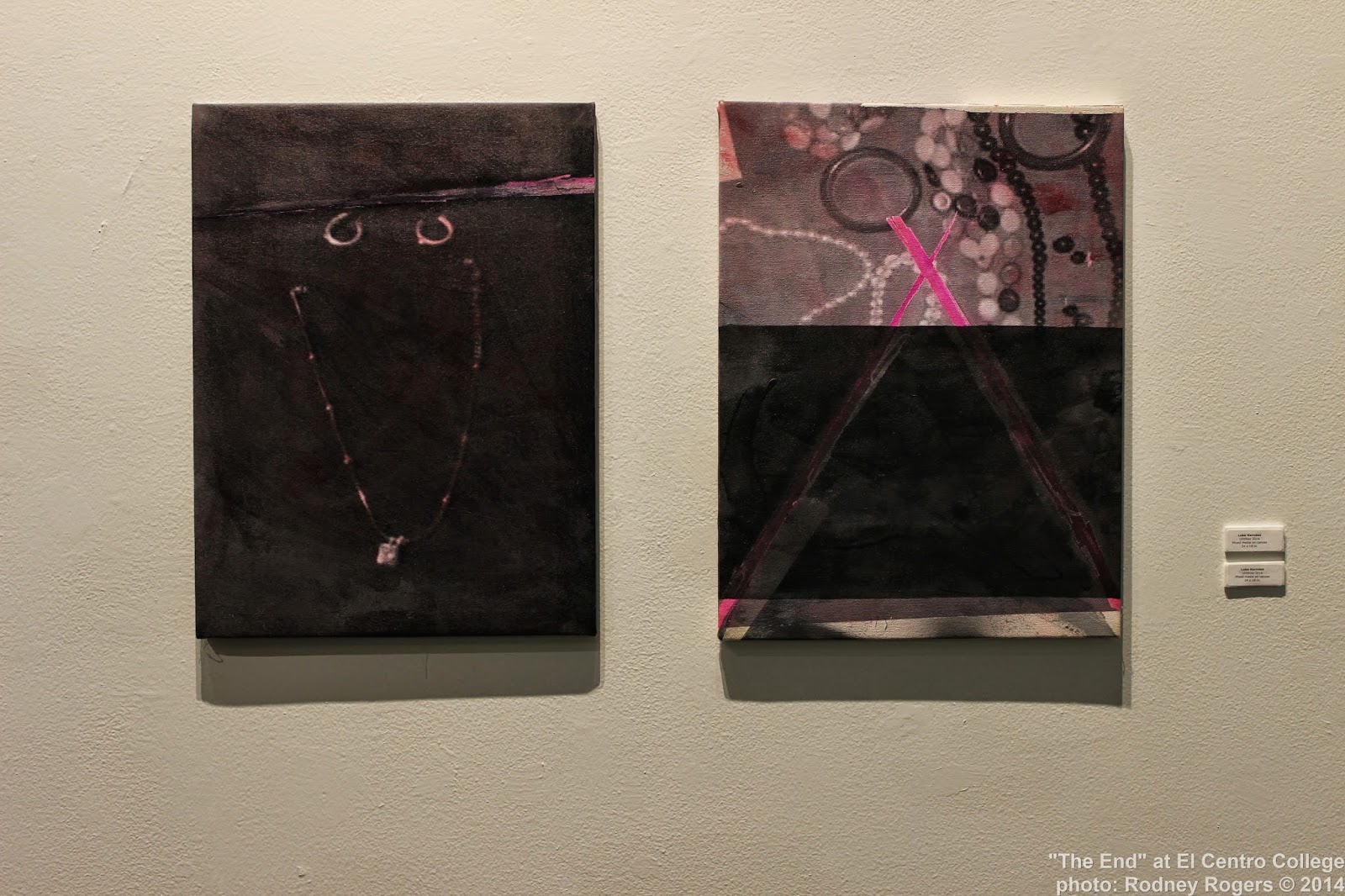 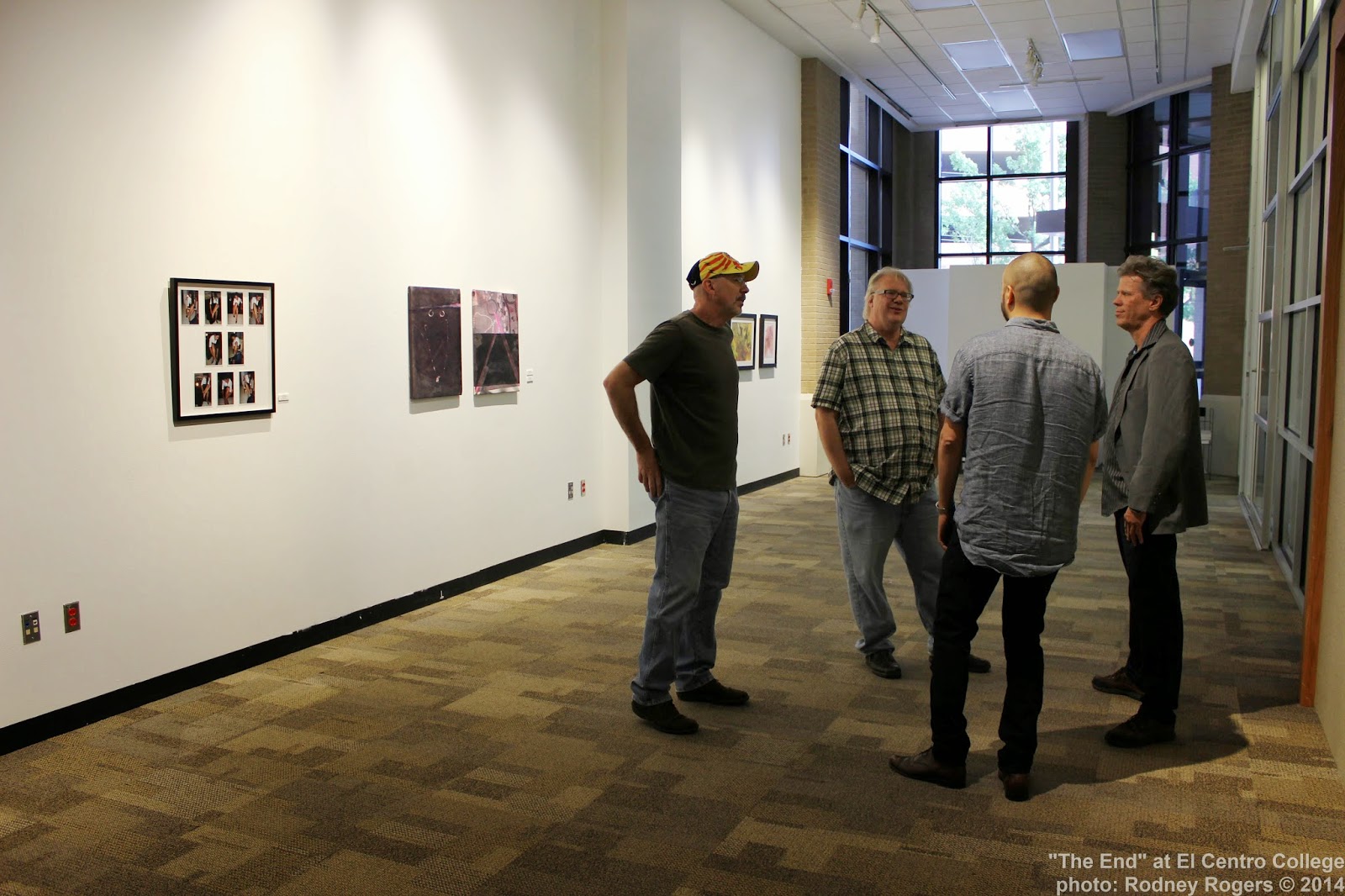 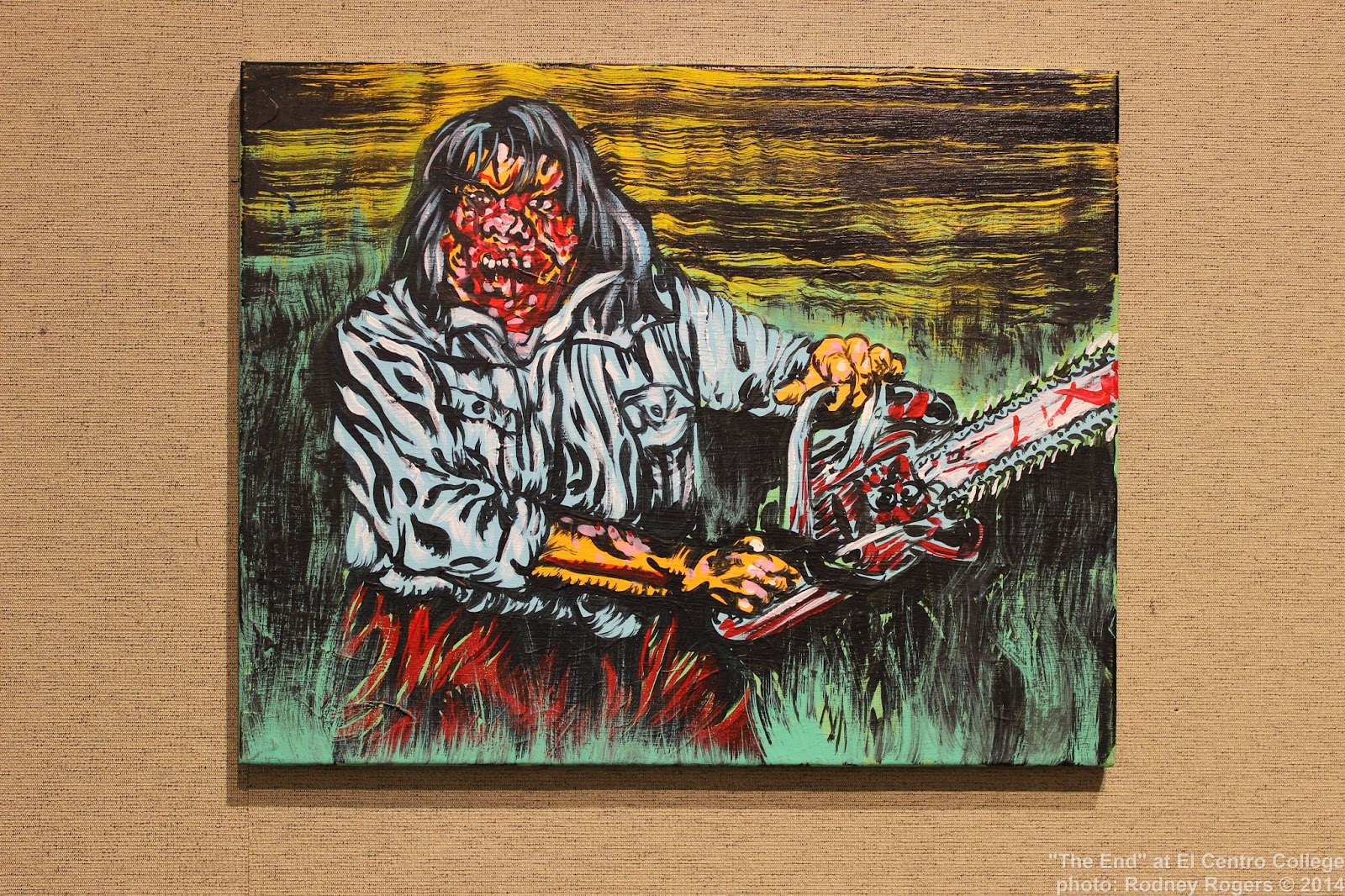 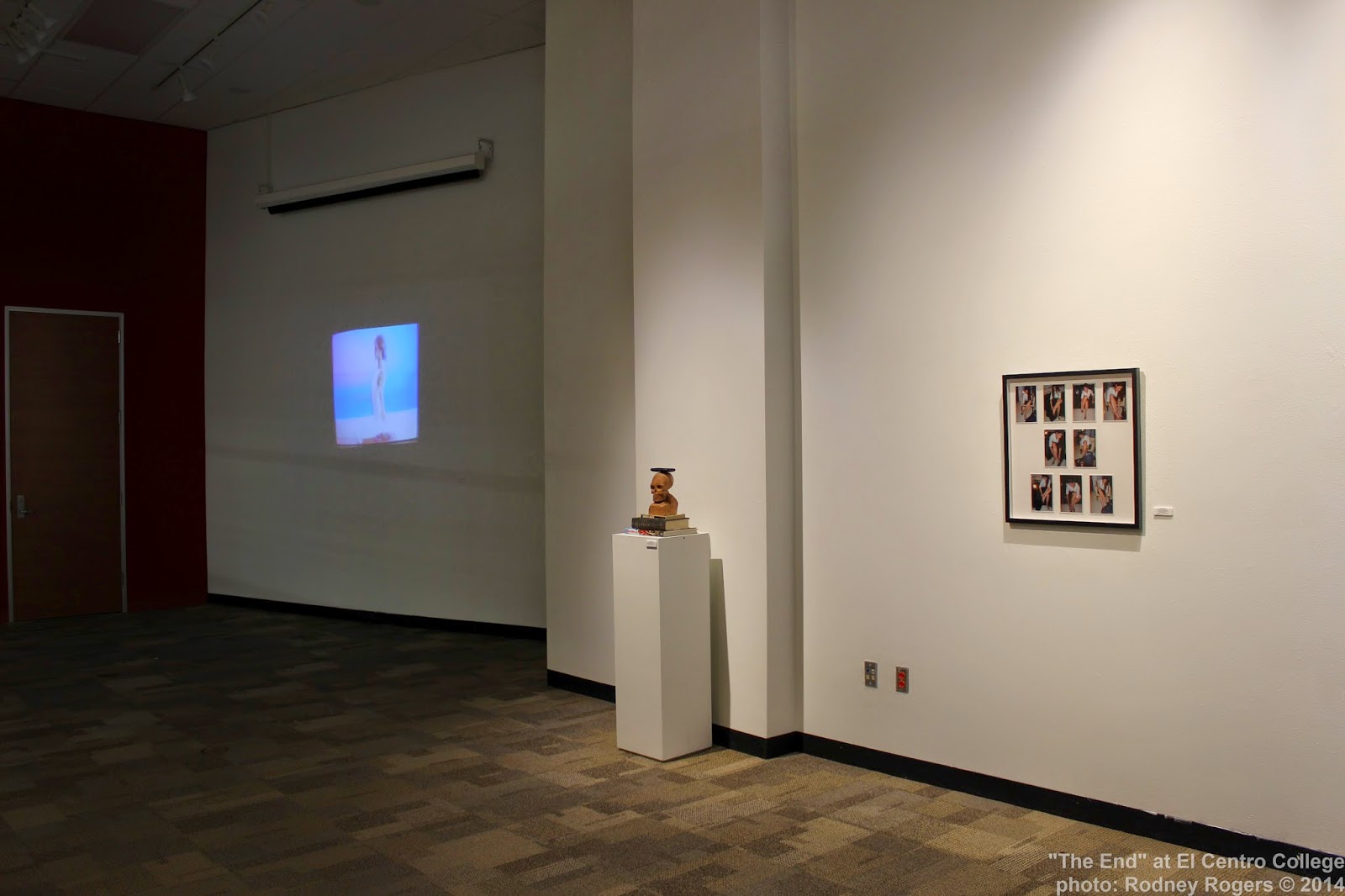 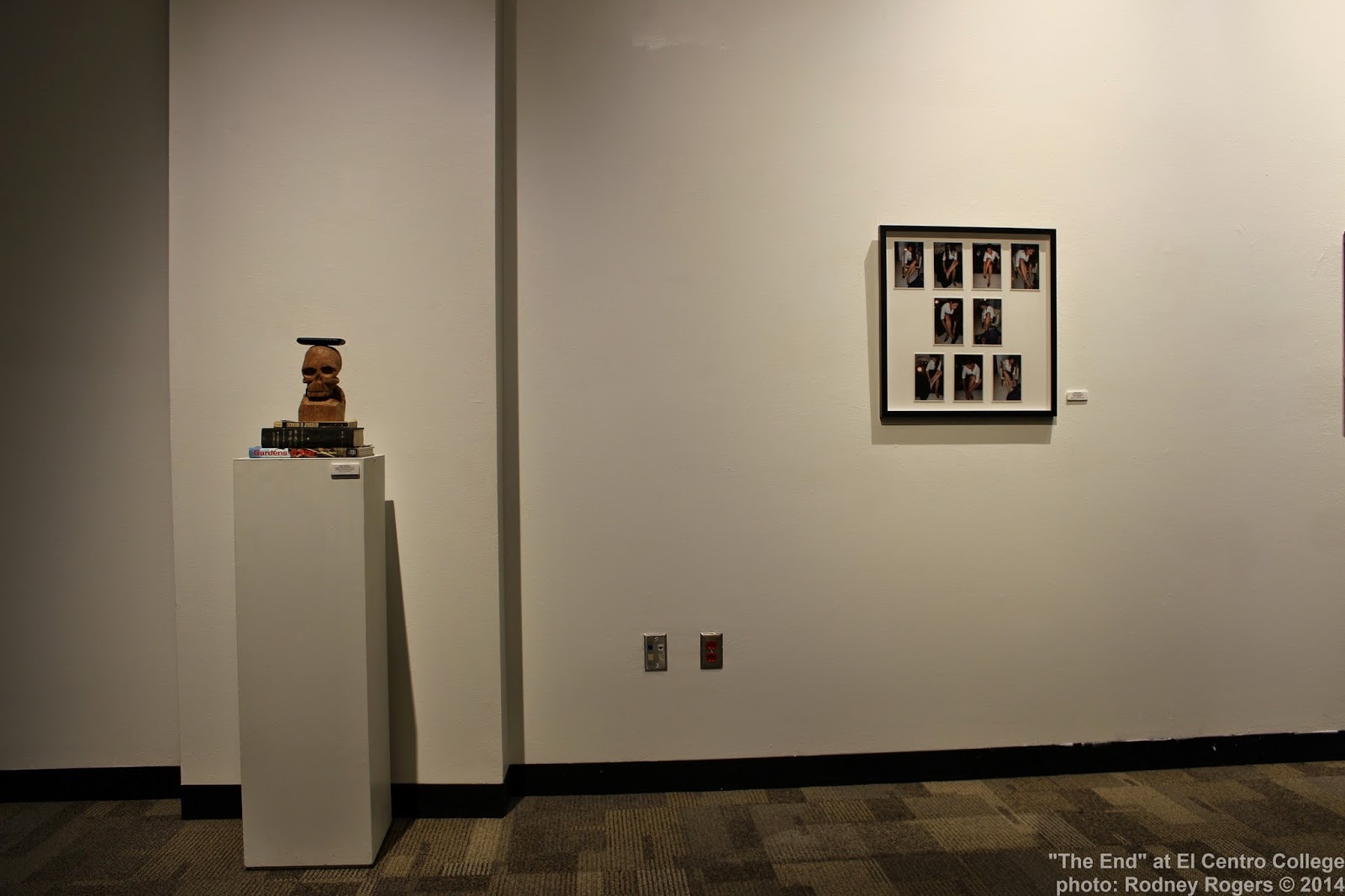 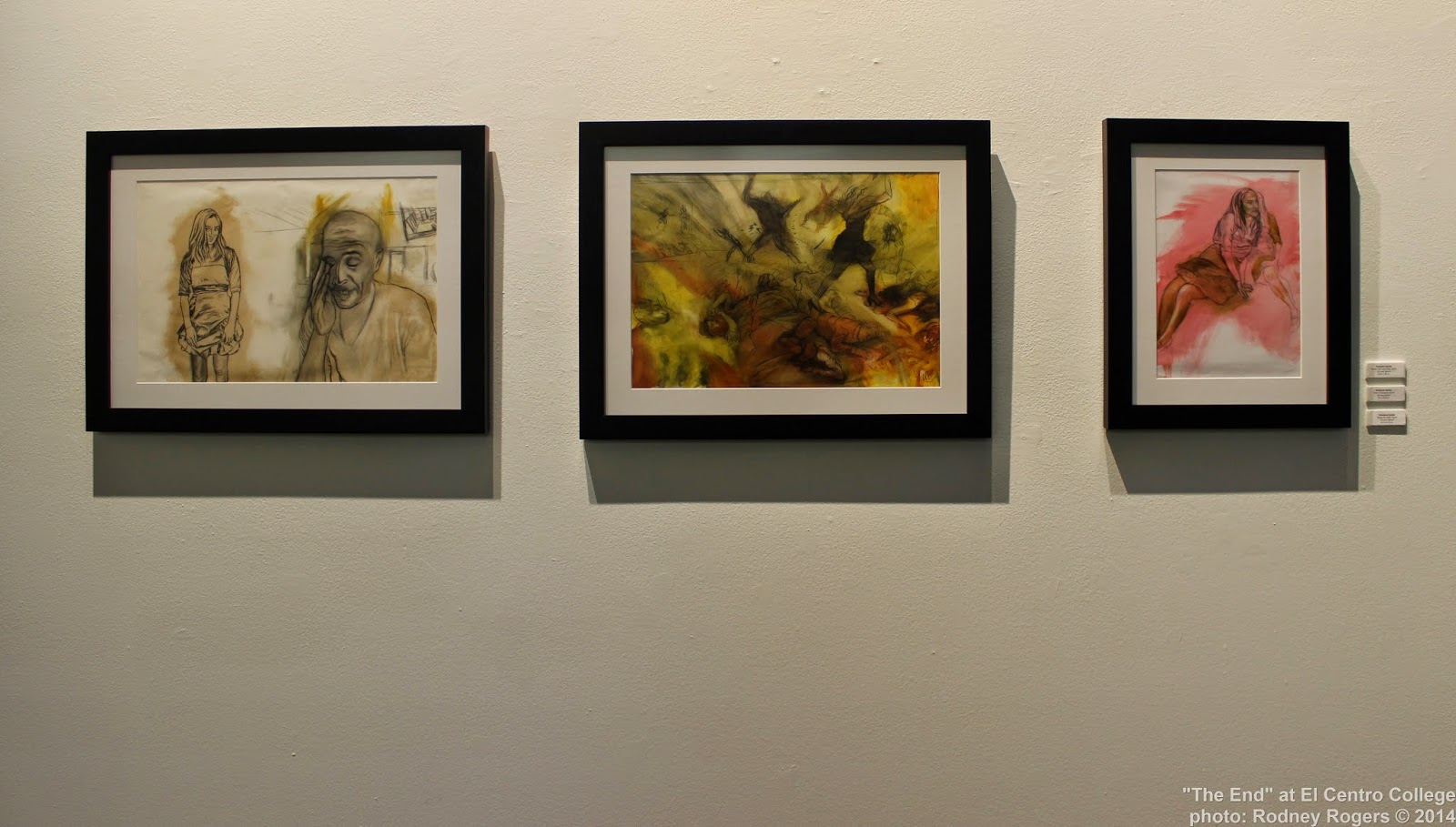 “The End” is a group show focusing on the theme of endings, as artists look at life and death, relationships, and apocalypse. A selection of work in a variety of media, including painting, sculpture, photography, a...nd video will be presented.

Dwayne Carter’s small framed works in oil and graphite serve as studies for his finished digital prints, which are then incorporated into thematic graphic novel projects.

Luke Harnden appropriates photographs of outdated and obsolete personal mementoes and technological artifacts, which he then prints onto canvases and alters through painting.

Clay Stinnett makes odd paintings and works on paper that hover between the realm of graphic poster and religious icon.

Puerto Rican native and Chicago/Milwaukee artist Pedro Vélez, a participant in this year’s Whitney Biennial, will show a selection from the photo studies, “Girlfriend Glare” (2003).

Participating artist Thor Johnson will perform an electronic / didgeridoo sound set as a part of the opening reception on Friday evening June 6th.
Posted by RR at 10:56 AM